We believe that by sharing knowledge, we can achieve more

In the world a lot of scientific research is being done into negotiations and artificial intelligence. More and more knowledge is available. From the NWO program Talent Scheme – Vici, led by Prof. Dr. C.M. (Catholijn) Jonker, professor of interactive intelligence, has conducted scientific research (4 PhDs, € 2 million) into the Pocket Negotiator, synergy between man and machine in negotiation. WeGain originated from TU Delft. Here we take you into our main knowledge sources on which WeGain is based.

Why research in negotiation support?

Negotiation is a complex emotional decision-making process aiming to reach an agreement to exchange goods or services. Although a daily activity, few people are effective negotiators. Existing support systems make a significant improvement if the negotiation space is well-understood, because computers can better cope with the computational complexity. However, the negotiation space can only be properly developed if the human parties jointly explore their interests. The inherent semantic problem and the emotional issues involved make that negotiation cannot be handled by artificial intelligence alone, and a human-machine collaborative system is required. We developed a new type of human-machine collaborative system that combines the strengths of both and reduces the weaknesses. Fundamental in these systems is that user and machine explicitly share a generic task model. Furthermore, the systems support humans in coping with emotions and moods in human-human interactions. For this purpose we contributed new concepts, methods and techniques. The project was divided into 4 sub-projects dealing with different aspects of a negotiation support system.

Existing negotiation support systems are based almost exclusively on quantitative models of preferences. It is however difficult to elicit such models from users, while complex utility functions also have serious computational limitations. Qualitative preference models in many regards would provide a better correspondence with human cognitive representations. This would allow a human user to more naturally interact with a machine negotiating on his/her behalf. The candidate’s research will focus on the design of an expressive qualitative preference language and associated techniques for using this language in negotiation. The techniques that need to be developed concern the elicitation of qualitative preferences, the reasoning with possibly incomplete qualitative preferences, and associated strategies for negotiation. The research has been performed in close collaboration with other sub-projects with the aim of developing a negotiation support system.

This subproject resulted in a PhD thesis by Wietske Visser. The project was supervised by Prof. dr. Catholijn Jonker and Dr. Koen Hindriks.

Emotion and Interaction in Negotiation

Joost Broekens has first worked as a postdoc on this project, supervised by Prof. dr. Catholijn Jonker and Dr. Willem-Paul Brinkman. During the project he developed a training tool for job interviews, that raises the awareness of the trainee to the emotional and collaborative effect his way of interaction can have on the conversational partner. Furthermore, Joost developed the AffectButton that is an easy to use tool to elicite the emotional state of the user and that can also be used to get information from the user about the emotional state of other people. Later Joost joined our tenured staff in which capacity he continues to work on affective computing and in which negotiation remains in his interests.

The idea is to support users in the negotiation process with a special designed computer support system. Such a system should have knowledge of the domain of negotiation, user profile, user interaction, state of mind of user and opponent and focus of attention, to support the user in an adaptive, user-friendly, intelligent way. In order to increase the effectiveness as well as to enhance the user’s experience, it is important that a negotiation support system is able to provide feedback and explanation to its user. The project’s research focuses on the development of human-computer interaction tools and techniques to effectively elicit a user’s preferences and to explain the negotiation process and the functionality provided by a support system. The user interaction is supported by a specially designed Wizard. To model such a system and to test the first prototypes we performed usability and Wizard-of-Oz studies.

The project resulted in a PhD thesis by Alina Huldtgren, who during the project published under the name Alina Pommeranz. Alna was supervised by Prof. dr. Catholijn Jonker and Dr. ir. Pascal Wiggers.

One of the functions of a negotiation support system is to advice its user what offers s/he should propose to an opponent in a negotiation. Such a system would also need to be able to assist its user in assessing offers received from an opponent: Should the user accept an offer? If not, what counter-offer should be made? In order to develop such a system, several fundamental questions need to be addressed: Which strategies should be selected for effective negotiation? How can information about an opponent be used to increase the performance in a negotiation? How easy is it to exploit a negotiation strategy? Which techniques are needed to deal with complex negotiation domains and preferences in a computationally effective way? The project’s research focuses on the design of effective negotiation strategies for automated negotiation. Techniques based on heuristic search and machine learning such as Bayesian networks are used to design and improve existing strategies from the literature. The research includes the setup of an experimental methodology for assessing the effectiveness of implemented strategies. The resulting techniques will also be evaluated in the particular domain of job contract negotiation. As part of this project we initiated and are still involved in the annual Automated Negotiating Agents Competition ANAC. 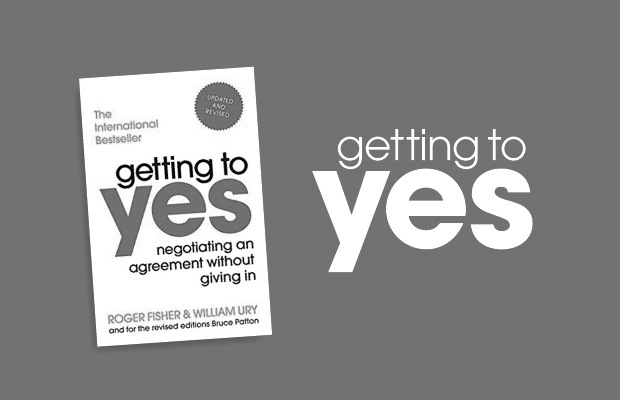 The joint research program, the Program on Negotiation, of the universities of Harvard, MIT and Tufts has been at the forefront of negotiation for more than three decades. From legal, psychological, anthropological and substantive aspects an integrated approach has emerged, the basis of which is described in “Getting to Yes”, the worldwide bestseller that can be seen as the bible of the constructive negotiator. This way of negotiating turns the different negotiating parties into problem solvers instead of opponents. A form of interest-oriented negotiation, also known as the win-win method. Mediation (a negotiation supported by a third party) and the Mutual Gains Approach (MGA) can be traced back to the source: the Harvard method of negotiation.

This “Harvard method” is distributed worldwide. The emphasis of this method is on finding common interests, devising solutions that lead to a win / win situation, while testing against reasonable, objective standards. Negotiation in principle can be applied by anyone and in any situation. It consists of 4 principles, not rules, because if you follow rules, people expect that if you follow rules, the answer will come naturally. If you apply principles, the starting point is much more organic, there is much more room for a different interpretation, because negotiation requires cooperation and creativity. The premise is mutual benefit!

Other interesting sources of knowledge when it comes to negotiation and artificial intelligence are: